Writing the Sadiq Series and Why Representation Matters 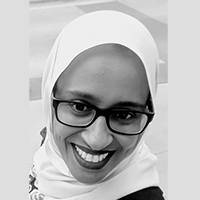 Writing the Sadiq Series and Why Representation Matters

Lucy Pevensie from The Chronicles of Narnia was white. So was Madeline from the Madeline series. Estella Havisham of Great Expectations, Sara Crewe of A Little Princess, Lizzie Bennet from Pride and Prejudice, and Arwen Undomiel from the Lord of the Rings. The young girls and women I read about in books as a child were always white. While none of the characters looked like me or spoke any of the languages I did, I loved traveling to their worlds in my mind.

It did not occur to me at the time, but I was subconsciously imprinting on my mind Western standards of beauty, heroism, perseverance, wittiness, and even romantic love. English was my third language, so surely I could not carry an intelligent conversation like Lizzie could. I’d never been in a manor or even seen one, so surely wardrobes that led to Narnia were for children like Lucy.

This was the state of the world, of books, and of stories. Black or brown people like me only existed to work for others or to prop them up. In the stories we read, we were stable boys and kitchen maids. We played the drums and brought forth music for the people to dance to that was not our own or in our native tongue. In books, it was my destiny to always play second fiddle. Even though I lived in Kenya, where almost everyone looked like me, I convinced myself of this. So I read about Lucy and Lizzie and wished I was them. I pictured Arwen and wished I was just as beautiful.

My children still read the classics like Tolkien and C.S. Lewis. While the characters do not resemble them, they relate to them because, like most children, they love adventure. A child who loves to read will read because it brings her joy and comfort unlike anything else. But she will feel less important if the characters do not look like or speak like her. She will think she does not matter or there would have been stories in which she could see herself.

When the opportunity arose to write the Sadiq series, I was more excited than I had been in a really long time. I was also a little nervous to be honest. I wanted to think about what it meant to write this series, and also about the kids who would be reading it. It felt like a huge responsibility, and I didn’t know if I could bear that.

In the end I decided that if even one Somali kid read these books and felt seen then it would be worth it. Now, looking at the response to the books so far, I can see I had nothing to be afraid of and I am so glad that I did it! Sadiq is a Somali American boy whose mother dresses like my mother did and whose father tells stories like my father did. He and his friends are characters who look like my children and who live their normal lives. Sadiq falls in love with the idea of going to space with his friends; he lives both within his culture at home and within the culture of his friends at school.

The Sadiq series is not an issues book series and it isn’t meant to tackle serious problems or large ideas. It looks into the life of an 8-year-old Somali American boy who is just that: a boy. He’s normal and has normal friends and spends his time with his family, friends, and teachers. He starts clubs at school with his friends and plays with his siblings at home. He does, however, occupy a space that was previously closed to him and to me. I don’t think I can overstate the significance of what these books will mean to Somali kids.