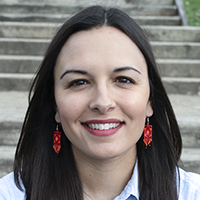 November is Native American Heritage Month. Like Indigenous Peoples’ Day, which is celebrated in October, Native American Heritage Month is a chance to celebrate Indigenous resourcefulness, resistance, and resilience. It’s a recognition of Native peoples, cultures, and languages, and it’s an opportunity to honor our pasts, our presents, and our futures.

My husband and I have two children in elementary school. Our sons and I are Ojibwe, and I study and teach Native history. As our sons move through the American public school system, my thoughts often turn to my own education in this system and the differences a few decades have made.

I am, for better or worse, a Millennial. When I was growing up in northern Wisconsin in the 1990s, we had little to no engagement with Native history. We learned the names of the ships that brought Columbus to what we now call the Americas, and we colored Thanksgiving turkeys and learned about the Pilgrims. I remember coming home from kindergarten one day, excited to show my parents what I’d made in class. We’d been given a cut-out of a Native boy in a canoe, and I’d carefully created some colorful beadwork on his clothes. I’d also colored his skin red, following the lead of several classmates. My father silently took the cut-out and showed it to my mom. He turned back to me and asked me to hold out my hand. “What color is your hand?” he gently asked.

Puzzled, I looked at my outstretched hand. “It’s brown,” I said.

“Well, you’re brown, too,” I replied. My father nodded and handed me back my project.

That experience has stayed with me my entire life. Now that I’m all grown up, I’m realizing that there were lots of things I didn’t learn. I didn’t learn that there were Native and Indigenous people all across the continent. I didn’t learn anything about the Taíno, the first peoples Columbus encountered. I never thought to ask how the men who were lauded and celebrated as explorers could discover a land that was already filled with people who had their own languages, cultures, and histories.

Native advocates had long called for more sustained awareness of and engagement with Native issues. In 1976, Jerry C. Elliott-High Eagle authored legislation for Native American Awareness Week. This was the first established week of recognition for Native people in the United States. In 1986, then-president Ronald Reagan proclaimed November 23-30 as American Indian Week. In 1990, then-president George H.W. Bush declared that the month of November would be known as National American Indian Heritage Month. It’s always been referred to as Native American Heritage Month, though, and has been celebrated every November since then.

It can seem daunting, even overwhelming, to figure out how, when, and where to start integrating these histories into lesson plans and curricula. But there are lots of ways to celebrate Native American Heritage Month at home, in our classrooms, and in our communities. As educators, we can:

There might be parades, festivals, or other gatherings that feature Native and Indigenous music, art, and food. These events are meant to bring people together, to celebrate the histories and the heritages of Native peoples and places. Native American Heritage Month isn’t just meant for Native people – it’s a time for everyone to remember, to reflect, and to honor.

Want to learn more? Check out Indigenous Peoples’ Day, part of the Traditions and Celebrations series from Capstone, as well as this post about teaching the Trail of Tears.

About the Author
Dr. Katrina Phillips is a citizen of the Red Cliff Band of Lake Superior Ojibwe. She earned her BA and PhD from the University of Minnesota. She's a professor at Macalester College, where she teaches classes on Native history and the history of the American West.