When the Past meets the Present . . . While You’re Writing 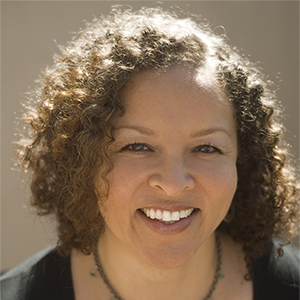 When the Past meets the Present . . . While You’re Writing

1921 and 2021: separated by one hundred years, yet in some ways, not separate at all. The past always influences the present, and the present always reflects the past. But events during these two years—1921 and 2021—were hauntingly similar.

January of 2021 found me struggling. The elementary school where I teach was still closed due to COVID. Meanwhile, some people fought to reopen schools and get back to “normal,” even though things were anything but normal. I had lost loved ones. I was isolated from my friends. My family of four spent every day in separate corners on Zoom. I was traumatized and heartbroken by the combination of the murders of Black people at the hands of police and a sense of dread that the trials would result in the usual not-guilty verdicts.

On January 6, I stared at the television in disgust and horror as an out-of-control, violent, predominately white mob descended upon the United States Capitol. I wasn’t at all surprised. Instead, I had an eerie sense of déjà vu.

I had, in fact, “seen” this before, because January of 2021 also found me writing Lena and the Burning of Greenwood: A Tulsa Race Massacre Survival Story. It was an event I knew too little about before this project, and an event many people know nothing about. One hundred years ago, an out-of-control, violent, white mob descended upon the Greenwood District in Tulsa, Oklahoma. Greenwood was a successful Black community also known as Black Wall Street. The mob of racist men and women stormed Greenwood. They burned down houses and businesses. They murdered Black citizens. They looted the community and forced Black people into various locations where they were held against their will. These actions were triggered by a false accusation against a young Black man, Dick Roland, who had reportedly assaulted a white woman. But the attack was fueled by the same attitudes that fueled the 2021 insurrection: the belief some people seem to have that they can do whatever they want, no matter who it might hurt—and the (often correct) expectation that they’ll get away with it.

As I watched and tried to process everything, the past and present became almost inseparable to me. It was dizzying. Had things changed at all? Hopelessness crept into my spirit. And still, I had to write. I had my work cut out for me.

The hard work was not researching the Tulsa Race Massacre or writing Lena’s story. The hard work was carrying the grief I still held in my heart from 2020, enduring the weight and waiting of 2021, and writing a story about one of the ugliest events in history—all while paying homage to the people of Greenwood—to my people—and elevating their beauty, resilience, ingenuity, and strength. It was a strength I was beginning to doubt I possessed.

The story of the Tulsa Race Massacre was one I wasn’t sure I wanted to—or should—tell. We needed stories about Black joy. I didn’t know if I could tell this story the way it deserved to be told. What happened in Greenwood had been kept quiet for a variety of reasons, ranging from too-painful memories and a desire to move forward, to a concerted effort to sweep what happened under the carpet. But the story needed to be told.

I held onto the words of Tulsa Race Massacre survivor, Ernestine Alpha Gibbs:

“Maybe if we talk about it enough, it’ll never be again.”

The task felt insurmountable, but I did know what to do. I poured all the love in my heart into this work. I let myself shed the tears of 1921, 2021, and the one hundred years in between. I researched the Greenwood District until it became my home—until the citizens became my aunts, uncles, cousins, and friends. Until the past met the present and our grief became one. Until they lifted me, and I gave them a voice.

And so, what I hope I have achieved is a story that tells the truth about the past. I hope Lena and the Burning of Greenwood is chilling and beautiful, tragic and hopeful, unapologetic and loving. I hope I have represented the varied perspectives of the groups involved and illustrated ways in which we can make a difference for one person, a whole community, and this world we share. I hope that by shedding a light on the past for young readers who are living through this challenging present, I have shown them a way through and out . . . into a brighter future.

About the Author
Nikki Shannon Smith is from Oakland, California, but she now lives in Woodland, CA with her family. She has worked in elementary education for over 25 years, and writes everything from board books to young adult novels. She is the author of 16 published and forthcoming books. When she’s not busy with family, work, or writing, she loves to visit the coast. The first thing she packs in her suitcase is always a book.

Read an excerpt from Lena and the Burning of Greenwood, part of the Girls Survive historical fiction series. (Click the “Google Preview” button underneath the book cover image here.)

Check out our Black History Month page for more resources.