What Camila Means to Me as A Bicultural POC 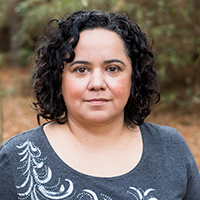 What Camila Means to Me as A Bicultural POC

Bicultural…I’m not sure when I learned the word, but I remember the exact moment when I learned the idea. I was about 9 years old. I was invited to my neighbor’s house for dinner. They were white, monocultural (as far as I know) Americans. They had customs I had never been exposed to like cloth napkins and table settings, but those weren’t the moment. The moment came when the main dish was served: fried chicken. Up until then, my culinary experience had been limited to mole, caldo, tortillas, rice, and beans. Even my few excursions to restaurants had been limited to Mexican restaurants. Fried chicken was otherworldly. Fried chicken was exotic. That dinner was my introduction to the idea that the culture I grew up with and the culture that surrounded me were not the same, although both were a part of me.

I was confronted with this reality in an overt way the first time the kids in the neighborhood hurled racial slurs at my sister and me for speaking Spanish. They were the same kids I explored the woods with and played kickball with. The taunts were not threatening. We were all experimenting with our differences and with the words we heard elsewhere. We always went back to kickball and exploring. I didn’t stop speaking Spanish. I fashioned a comeback to their taunts, stood up for my truth, and we all came to appreciate our differences and remain friends.

Camila’s stories, in the Camila the Star book series, are about her search for stardom. They do not explore experiences like these, but I imagine Camila, if she were real, would have had the same or similar experiences, both benign and not-so-benign clashes of worldviews. One of the things I tried to bring to Camila is this feeling that although we might have differences, at our core we are all just people seeking the things we love. Camila is bicultural. Her family is Mexican, but she was born in the United States. She loves her two languages. She uses Spanish as easily as English. To her, both are as natural as breathing.

Despite experiences such as hearing racial slurs, I never felt different from any of the kids I played with. I felt more different for being quiet than I ever did for being brown. The most significant thing that came from my experience with biculturalism turned out to be the development of an open mind. From my frame of reference, there was more than one way to be and neither of them was wrong, they just were. Some people bring mariachis and piñatas to a birthday dinner, some people sing the Happy Birthday Song. How many more possibilities were there? I asked myself. How did people in other countries go about their daily lives? I wanted to travel. I began to see beauty in multiculturalism. I hope Hispanic kids see themselves in Camila, but I also hope every kid can read Camila and learn to appreciate the fact that every person is an amalgam of their unique background and experiences. Differences can be acknowledged and accepted without diminishing the importance of one or the other.

One of my favorite things about Camila is that she is a Mexican American kid pursuing a love of acting, singing, and dancing that is relatable to every kid, no matter their culture. For real Mexican American girls, Camila’s passion, drive, and determination to pursue the things she loves can be validating and motivational. For kids who don’t happen to be Mexican American and have the lived experience of straddling two or more cultures, I hope the books open their minds to new perspectives. Books like the Camila series and other series that highlight diversity remind us all that the world is made up of more than one culture and one perspective.

As a kid, I was a regular at book clubs. As a quiet introvert, I preferred reading to socializing, but I didn’t have the option of reading diverse books. I can’t think of one. All the protagonists I read about were white and monocultural. I want Camila to give beginning readers the opportunity to get to know a wider world, one that has room for everyone. I remember the first time I went to a Thai restaurant. I was so curious about the traditions surrounding the food. Or when I invited friends from another culture to my house. They had so many questions about our traditions. Books can be experiences, too. The world has so much variety. If we don’t expose our kids to the rich tapestry of human existence, we are cheating them of beauty, community, love, and great food.

About the Author
Alicia Salazar is a Mexican American children’s book author who has written for blogs, magazines, and education publishers. She was also once an elementary school teacher and a marine biologist. She currently lives in the suburbs of Houston, TX, but is a city girl at heart. When she is not dreaming up new adventures to experience, she is turning her adventures into stories for kids. https://alicia-salazar.com