Hispanic Heritage: An Idea Worth Celebrating 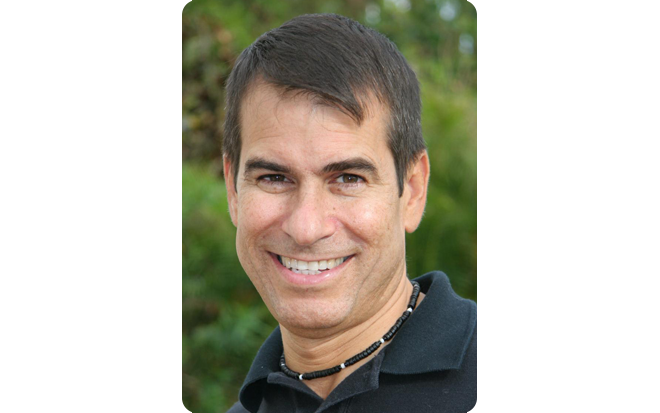 Hispanic Heritage: An Idea Worth Celebrating

[This is my mom, my brother, and me about to board the plane, leaving Mexico for Texas in 1962. I’m the fidgety little guy on the right, unable to stand still for the camera.]

Most people know of the Jim Crow racism that African-Americans endured until barely 50 years ago, but many Americans have never learned that up until the 1960s, in much of Texas, California, and the southwest, all people of color suffered similar discrimination, including Mexican-Americans. In 1962, when my family immigrated from Mexico to Texas, people like me were commonly segregated in restaurants, stores, hotels, and swimming pools. Despite the landmark Supreme Court case Brown v. Board of Education, schools had only started to integrate.

I began kindergarten at a “white” school, speaking only Spanish. Kids laughed at me and called me names for being Mexican. In the mornings I cried not to go to school.

But my teachers never made fun of me. With their help and encouragement, I learned English as quickly as I could. I loved when my teachers or the librarian read aloud to us. The stories and pictures helped me make sense of the words. And though none of our schoolbooks portrayed Mexican people like me, one came close—The Story of Ferdinand. I read the book about a Spanish bull over and over.

I wanted my schoolmates to like me. I wanted to belong. To fit in, I stopped speaking Spanish. I learned that thanks to my light-skinned dad and his German last name (not Sanchez), I could pass as white. I could hide who I was. When my parents took me shopping or to a restaurant, I told them, “Speak English!”

“No, señor,” my mom answered in Spanish, furrowing her thick black eyebrows at me. “You need to remember your mother tongue. One day you’ll thank me.”

“No, I won’t,” I muttered in English and straggled behind so people wouldn’t see me with them. By the time we moved to Virginia and I started sixth grade, I’d buried a core part of myself—my Hispanic heritage—deep inside. For three years I never told any of my new schoolmates I was Mexican.

Then high school arrived, and I had to take a foreign language. Since nobody knew my secret past, I figured Spanish would be an easy A. Sure enough, my first tests came back with 98’s and 100’s. I hid them from Mom, but she got a hold of my report card from the mail before I could.

I turned away, annoyed.

As I continued to ace my classwork, my teacher-nun, Sister Maria, grew suspicious. “How do you know those expressions?” she asked, hovering over me in her dark blue habit. “We haven’t learned those words yet.”

“Um…” My gaze dropped to the desk. “Maybe I found them in the back of the book…?”

She glowered beneath her wimple, obviously not believing me. “Well, since you know so much, I want you to help Lamar.”

He was a senior, our football team’s star quarterback, and needed to pass his foreign language requirement to graduate.

While Sister Maria taught the rest of class at the front of the room, I tutored Lamar in back. He struggled to read the Spanish phrases in his book, and I fretted listening to him. It reminded me of how I’d grappled to learn English.

Thinking back to what helped me learn a new language, I tried reading aloud to Lamar the little stories in the textbook, sounding out the words. Hearing the Spanish instead of just reading it, he caught on quicker.

Since the book didn’t have many pictures, I pointed to objects around the classroom or outside. Seeing things helped him learn nouns. For verbs, I made flashcards at home, drawing sketches and cutting out photos from magazines that showed people doing stuff. As Sister Maria quizzed him to check his progress, his grades grew from F’s to D’s to C’s.

“Check it out,” he exclaimed the day he scored his first B. “Hey, so, I was wondering: how do you know so much Spanish anyway?”

I bit my lip, recalling the kids who’d picked on me. If I told Lamar the truth, would he also make fun of me? At the front of the room, Sister Maria sat at her desk, helping a student. I leaned toward Lamar and whispered, “I’m sort of from Mexico. When I was little we moved to Texas.”

He studied me, looking puzzled. “You don’t look Mexican.”

“Shh. I haven’t told anybody at school.”

“Because… people made fun of me.”

“People are stupid,” Lamar said and sat quiet, mulling it over. I waited, wondering what he was thinking.

Over the years, I’d stopped thinking about it. “The food is good,” I replied. “The people are nice. It’s poor, but beautiful.”

He kept my secret, passed Spanish, and graduated. Meanwhile, our talk had started me thinking about Mexico again. When I graduated two years later, I decided to go back to visit for the first time since grade school.

Over the course of two months I reconnected with relatives, backpacked to towns and beaches I’d never known, and thought a lot. How would my life be different if my family hadn’t moved to the U.S.? How would I be different? Soon after I returned to the U.S., I made the decision to become a citizen.

Years later, when I wrote my first novel I made one of the central characters Latino, never expecting the reaction it would stir. Dozens of young Latinx readers flooded me with enthusiastic emails saying it was the first time they’d seen a teen like themselves portrayed on the page. Their excitement reminded me of the impact The Story of Ferdinand, the Spanish bull, had had on me growing up. And I thought about that book’s timeless message: be true to who you are.

As a result of those passionate emails, every novel I’ve written since has featured a Mexican-American main character. In my latest book, The Greatest Superpower, twin brothers struggle to be true to who they are, including being true to their Hispanic heritage.

For me, that’s the message at the core of celebrating Hispanic Heritage. Whether or not you have a Hispanic background, be true to who you are. That’s an idea worth celebrating!

Listen to Interview
Listen to Alex's interview about his book The Greatest Superpower with Booklist magazine's Shelf Care podcast.

About the Author
Alex Sanchez has published nine novels, including the American Library Association “Best Book for Young Adults” RAINBOW BOYS and the Lambda Award-Winning SO HARD TO SAY. His novel BAIT won the Tomás Rivera Mexican American Book Award and the Florida Book Award Gold Medal for Young Adult Literature. An immigrant from Mexico, Alex received his master’s in Guidance and Counseling and worked for many years as a youth and family counselor. When not writing, he tours the country talking with teen, librarians, and educators about books, diversity, and acceptance. He lives in East Rochester, New York. www.alexsanchez.com