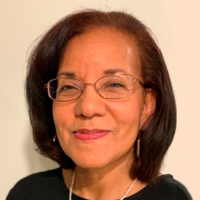 For Black History Month I wanted to curate a list of important books based upon the current cultural issues taking place throughout America today and to provide students with a greater understanding of how history can repeat itself to its own detriment if there is not a proper understanding of its history.

It is my hope that students will realize the relevance of these books in the current fight for voting rights with Emancipation Proclamation Inkstand, equality for all citizens with Brown v. Board of Education, athletic activism with Athletes Against War and Athletes for Gender Equality, and the racial genocide that took place in Tulsa with Lena and the Burning of Greenwood.

The genesis for all of the topics chosen here goes to the heart of what President Lincoln said in his "House Divided" speech in 1858. "A house divided against itself cannot stand." I believe our government cannot endure if it continues on its current path with a war of cultural issues. Our students need to learn more about the history of this nation and the progress that has been made. We should all live up to the American creed “One nation under God, indivisible, with liberty and justice for all.”

This book will provide greater insight into how the country was torn apart regarding the different ideologies between the North and South. For those who are looking for ways to help students put the January 6th Insurrection into historical context, this book helps show how artifacts, like the Confederate flag, reverberate throughout history. With his feather pen, Lincoln wrote the Emancipation Proclamation which changed the course of history in America and its economic direction. America moved toward becoming more industrialized. This book will help readers understand the different viewpoints and assist in developing an understanding of emancipation and human dignity.
(Also available in paperback.)

2. Brown vs Board of Education: A Day That Changed America by Margeaux Weston (Gr. 3-5)

The Supreme Court case of Plessy vs. Ferguson established the doctrine of Separate but Equal, which stood for over 50 years. It was during that 50-year span that the mood of the country began to shift as evidence mounted that there was no separate, but equal taking place in American society between white and Black people. As a result of  the demonstrations and protests in cities by Black citizens and white citizens, lawsuits began to be filed challenging the Separate but Equal doctrine. One such lawsuit reached the Supreme Court. In the landmark decision of Brown vs. Board of Education the Supreme Court ruled that U.S. state laws establishing racial segregation in public schools were unconstitutional. That decision helped to undo Jim Crow laws and set the path for a more fair system of economic equality for Black citizens of the United States. This book reveals the struggle Black students had to face just by trying to get a free public school education.
(Also available in Interactive eBook and paperback formats.)

Athletes can be leaders to promote positive change in society. Athletes who are activists, get the attention of the government and society. Taking a stand has cost some athletes their careers. Athletes for Racial Equity discusses how Jim Crow laws prevented Black athletes from participating in sports. This book highlights athletes who broke barriers and helped integrate professional sports such as Jackie Robinson, Althea Gibson, Jeremy Lin, and many others.
(Also available in paperback.)

At one time, women could not play professional sports. This book highlights the brave women who fought to be able to participate in the same sports as men. Women from all over the world in a vast array of sports such as running, cycling, ski jumping, judo, tennis, and more fought for a chance to play. Women experience unfair treatment in sports with lower prize money, salaries, benefits, publicity, and travel accommodations among other things.
(Also available in paperback.)

The story of the Tulsa Race Massacre is told through the eyes of a little girl trying to survive with her family. The Greenwood district was called the Black Wall Street. After a young Black man was accused of assaulting a white woman, simmering racial tensions boiled over and mobs of white citizens burned, bombed, and destroyed property, injuring and killing Black residents. No one was ever held responsible for their crimes. Insurance companies refused to help the Black citizens. The year 2021 marked 100 years since the massacre and the event is still being talked about today.
(Also available in Interactive eBook and paperback formats.)

Check out our Black History Month page for more resources.